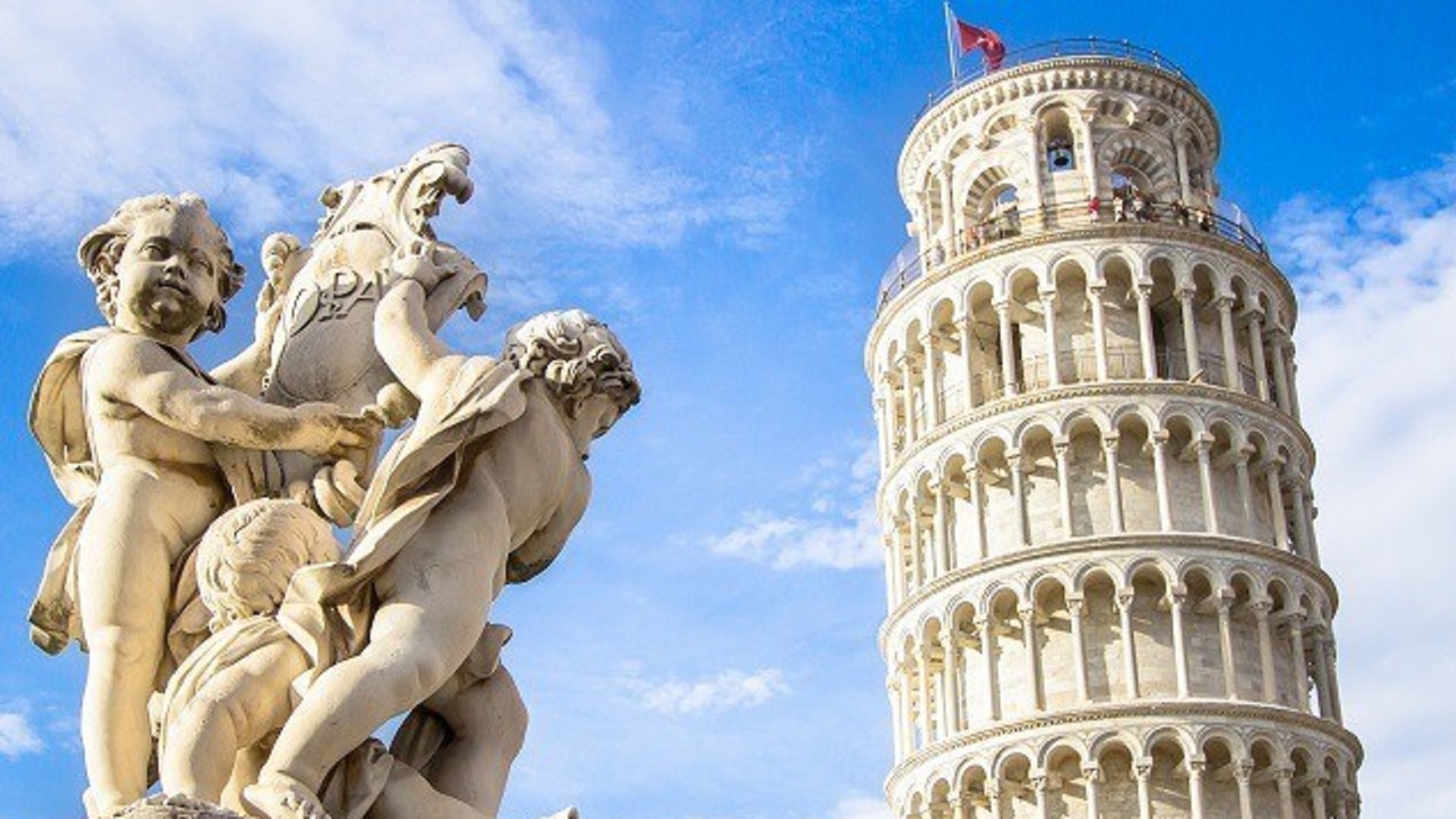 Piazza del Duomo, the true artistic and touristic center of Pisa, listed among the UNESCO World Heritage Sites since 1987, contains the four monuments that are the highlight of the city’s tourist attractions such as the Cathedral, the Baptistery, the Cemetery and the famous Tower.

The tower of Pisa, located in the famous Piazza del Duomo, is the most famous monument due to its characteristic slope, the symbol of Pisa and one of the iconic symbols of Italy.

It’s a bell tower independent of the church, about 56 meters high and weighing 14,453 tons.
The inclination of the building currently measures 5 ° with respect to the vertical axis; the tower remains in balance because the vertical that passes through its center of gravity falls within the support base.

It is called the Leaning Tower or Tower of Pisa and played an active role in the scanning of time, human and divine, by means of its seven bells - as many as there are musical notes - the largest of which, cast in 1655, weighs three tons. and a half!

It is known all over the world for the beauty of its architectural structure, for the singular slope that makes it a real miracle of static and for the fact that it’s located in the context of the famous Piazza dei Miracoli.

From our 4-star Hotel Grande Albergo in Sestri Levante Pisa can be reached in approx. 1h and 30 min. using the car or the train.